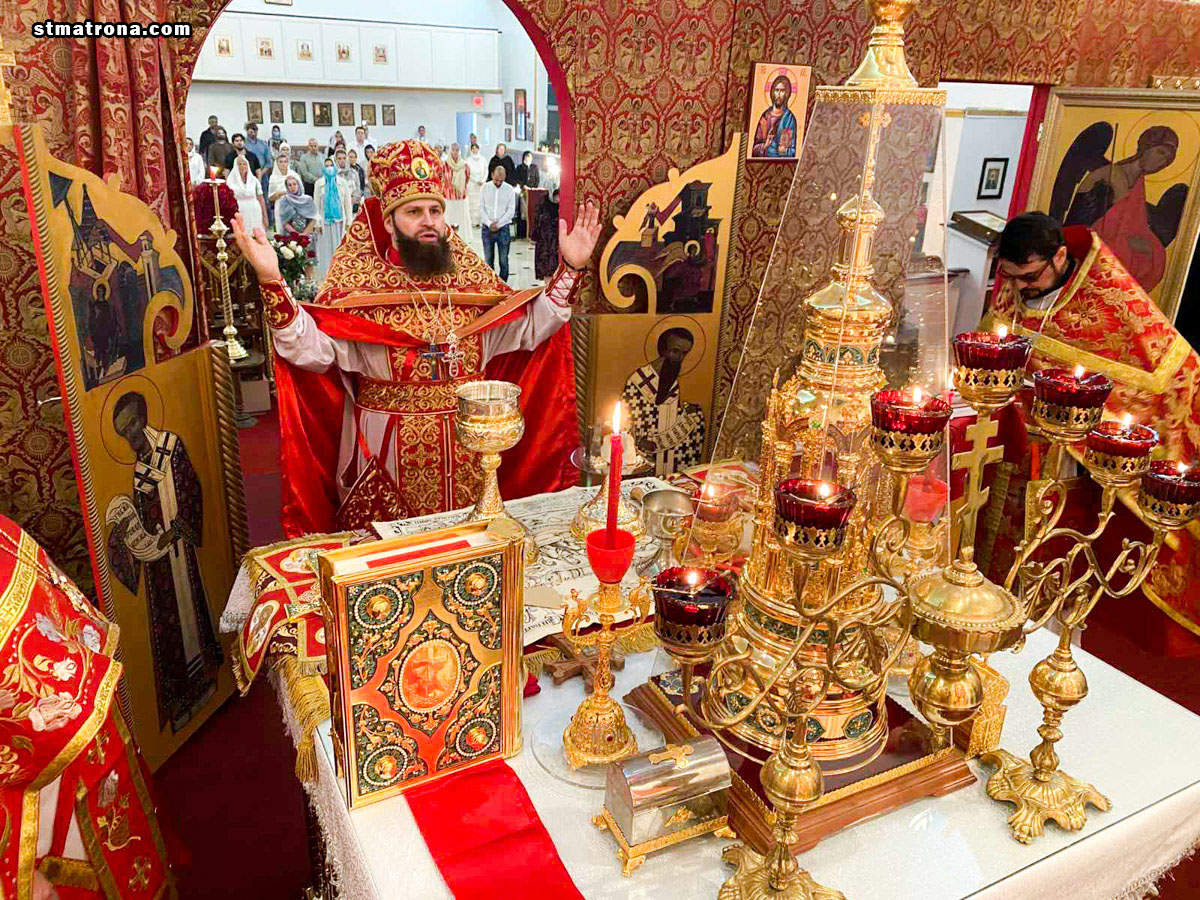 On the night of May 2, the parishes of the Slavic Orthodox Vicariate of America held the Paschal service followed by the Divine Liturgy to celebrate the Resurrection of Our Lord and Savior Jesus Christ, the greatest feast day of the Church.

In the Cathedral of St. Matrona of Moscow in Miami the services were led by its Rector, Archimandrite Alexander Belya, Vicar of the Slavic Orthodox Vicariate.  Serving with him were Archpriest John Spasiuk (St.Matrona Cathedral) and Archpriest Basil Tivadar (Romanian Orthodox Church).

The Paschal service began with the traditional procession of the clergy and people around the Cathedral.  This was followed by Paschal Matins and the Divine Liturgy of St. John Chrysostom.  One of the traditions of the Paschal Liturgy in every Orthodox church is the reading of the Gospel in different languages, commemorating Christ’s instructions to His Apostles to preach the Word throughout the world.  This year it was read in the ancient languages of Hebrew, Greek, Latin, and Church Slavonic, as well as modern English, Romanian, Russian, Ukrainian, and Belarussian.  For the parishes of the Vicariate this tradition has additional meaning as it brings together Orthodox Christians from Slavic nations such as Russia, Ukraine, Belarus, Serbia, and Bulgaria as well as Moldovans, Romanians, Georgians, and Americans who unite in common prayer at a single Chalice.  On the days immediately following Pascha, known as Bright Week, the traditional greeting of “Christ is Risen! Truly He is Risen! ” was proclaimed during the services at St. Matrona in all these languages.  At the end of the service, Archimandrite Alexander greeted the clergy, parishioners and guests.  This was followed by the blessing of the traditional Paschal Artos (bread) as well as Easter baskets full of decorated eggs and the traditional Slavic Paschal deserts of kulich (sweet bread) and pascha (sweet cottage cheese).