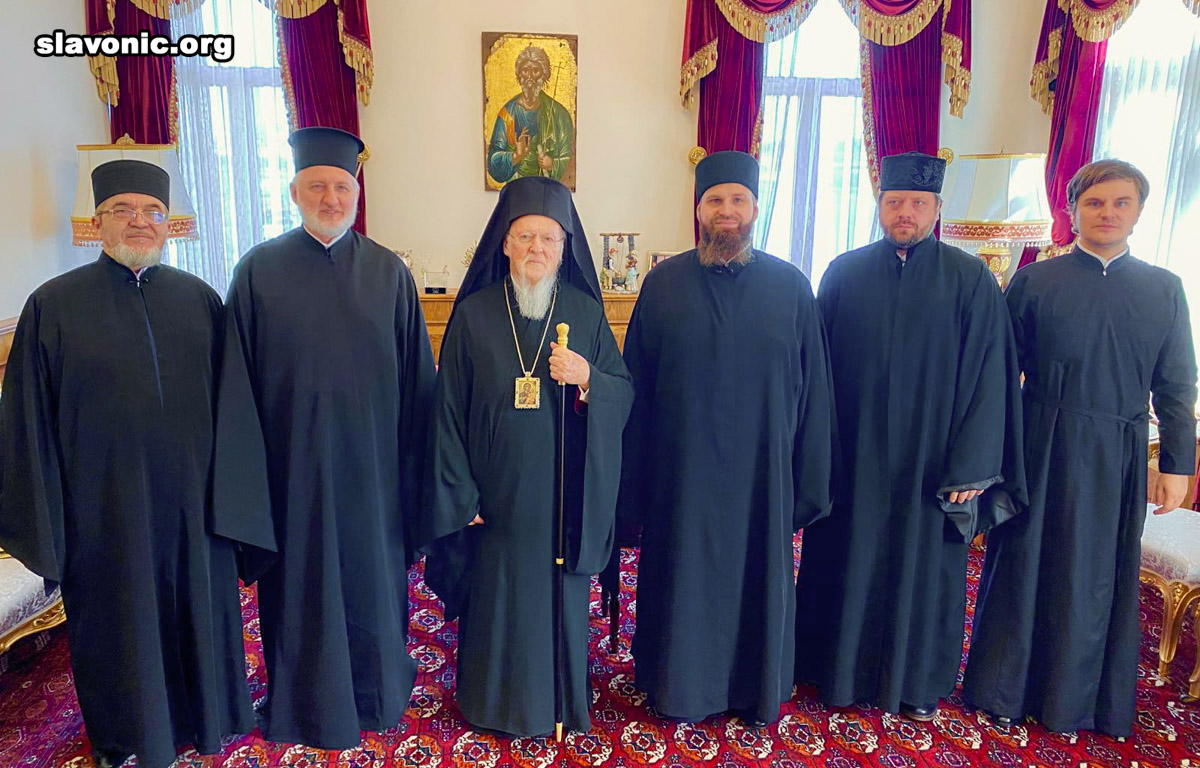 A Historic Event: His All-Holiness Patriarch Bartholomew Meets with the Clergy of the Slavic Orthodox Vicariate for the First Time

September 1 marks the beginning of the Indiction or the Ecclesiastical (Church) New Year. On this day His All-Holiness Bartholomew, Archbishop of Constantinople-New Rome and Ecumenical Patriarch, met the clergy of the Slavic Orthodox Vicariate of the Greek Orthodox Archdiocese in America at his residence in the Phanar (Fener) district of Constantinople (Istanbul).

The Primate of the Greek Orthodox Archdiocese of America, His Eminence Archbishop Elpidophoros, introduced the pilgrims from the Slavic Orthodox Vicariate to the Ecumenical Patriarch.

The clergy of the Vicariate delegation present at this meeting were its Vicar Archimandrite Alexander (Belya), Rector of the Miami Cathedral of St. Matrona of Moscow (Florida), Archimandrite Charalampy (Nichev), Archpriest Alexander Belya, Rector of the Cathedral of St. John the Forerunner & Baptist (Brooklyn, New York), Protodeacon Rostislav Zadorozhnyy of the Brooklyn Cathedral, and Ivan Belya, Warden of the Brooklyn Cathedral.

The atmosphere of the meeting was spiritual and joyous. His All-Holiness warmly welcomed the visitors from America. During the meeting they discussed the development and organization of the Slavic Orthodox Vicariate, relations between Orthodox churches in America, and the current situation of Orthodox Christianity in world. The issue of the non-canonical actions of the Russian Church Abroad (ROCOR) in recent months was also addressed.

At the end of the meeting His All-Holiness presented the clergy with commemorative patriarchal crosses, and personally signed epitracheles (stoles) for Archimandrite Alexander and Archpriest Alexander in acknowledgement of their special efforts on behalf of the Orthodox Church in America.