Homepage » News » Vicar the Slavic Orthodox Vicariate Participates in the Feast Day celebration of the Parish of St. Andrew in Miami 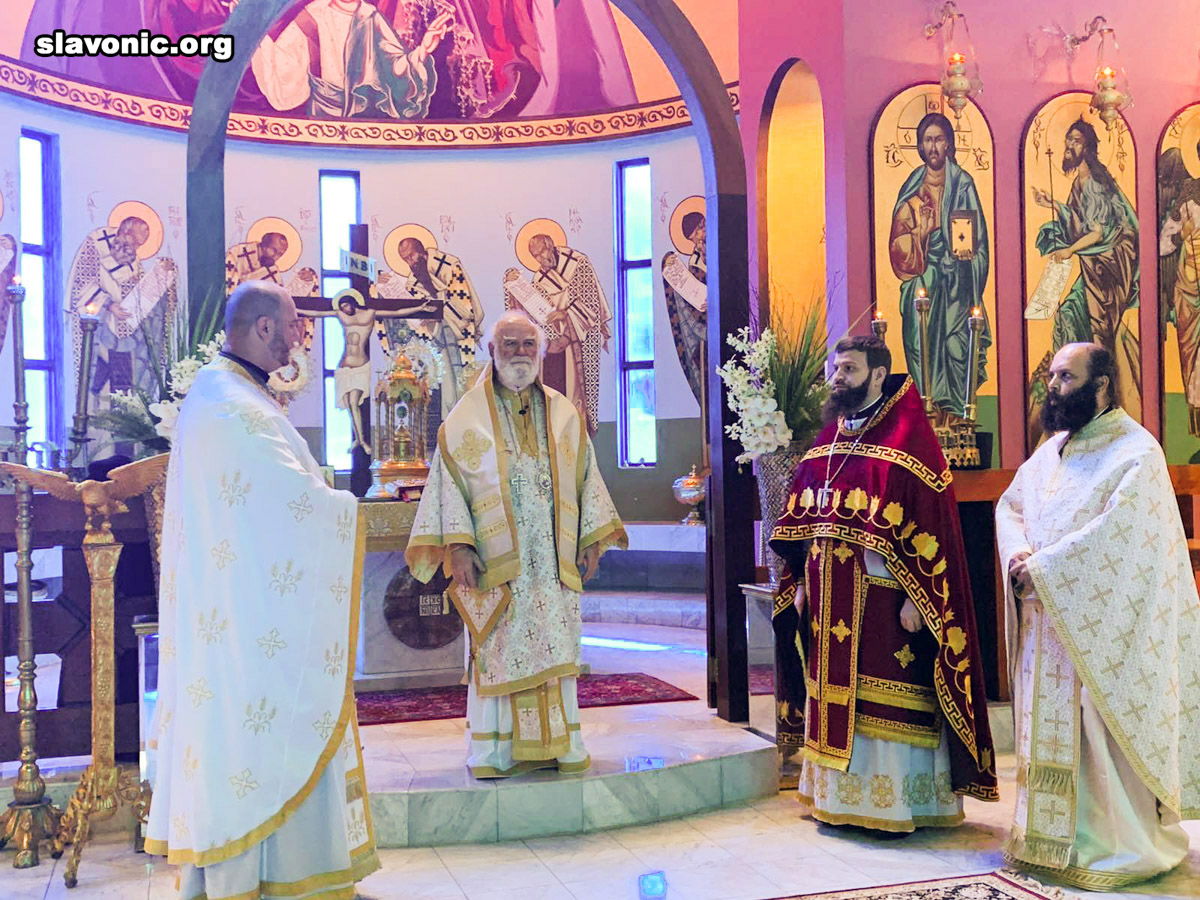 Vicar the Slavic Orthodox Vicariate Participates in the Feast Day celebration of the Parish of St. Andrew in Miami

The parish of the Apostle Andrew the First-Called in Kendall (south Miami) is under the jurisdiction of the Greek Orthodox Archdiocese of America. Founded in 1960, the community has been holding services at the current site since 1978. In 1992, the church was renovated.

On November 30, the feast day of the parish, the Divine Liturgy was celebrated by Metropolitan Alexios of Atlanta. The other celebrants were Archimandrite Alexander Belya, Vicar of the Slavic Orthodox Vicariate of America, Fr. Aristidis Arizi, Rector of St. Andrew’s, and Fr. Ioannis Vernikos, Rector of St. George Greek Orthodox Church. At the end of the service, Metropolitan Alexios thanked the clergy who participated. He also congratulated all the parishioners who were viewing the online streaming of the service due to the restrictions of the pandemic.

The Apostle Andrew was the first of the disciples who followed Christ, therefore he is called the First-Called. He is also considered to be the first Archbishop of Constantinople. After Pentecost, the Apostle preached for more than thirty years in the eastern provinces of the Roman Empire (Greece, Asia Minor, Thrace, Macedonia, and the Black Sea coast). He was martyred in 67 A.D. in Patras (Greece).