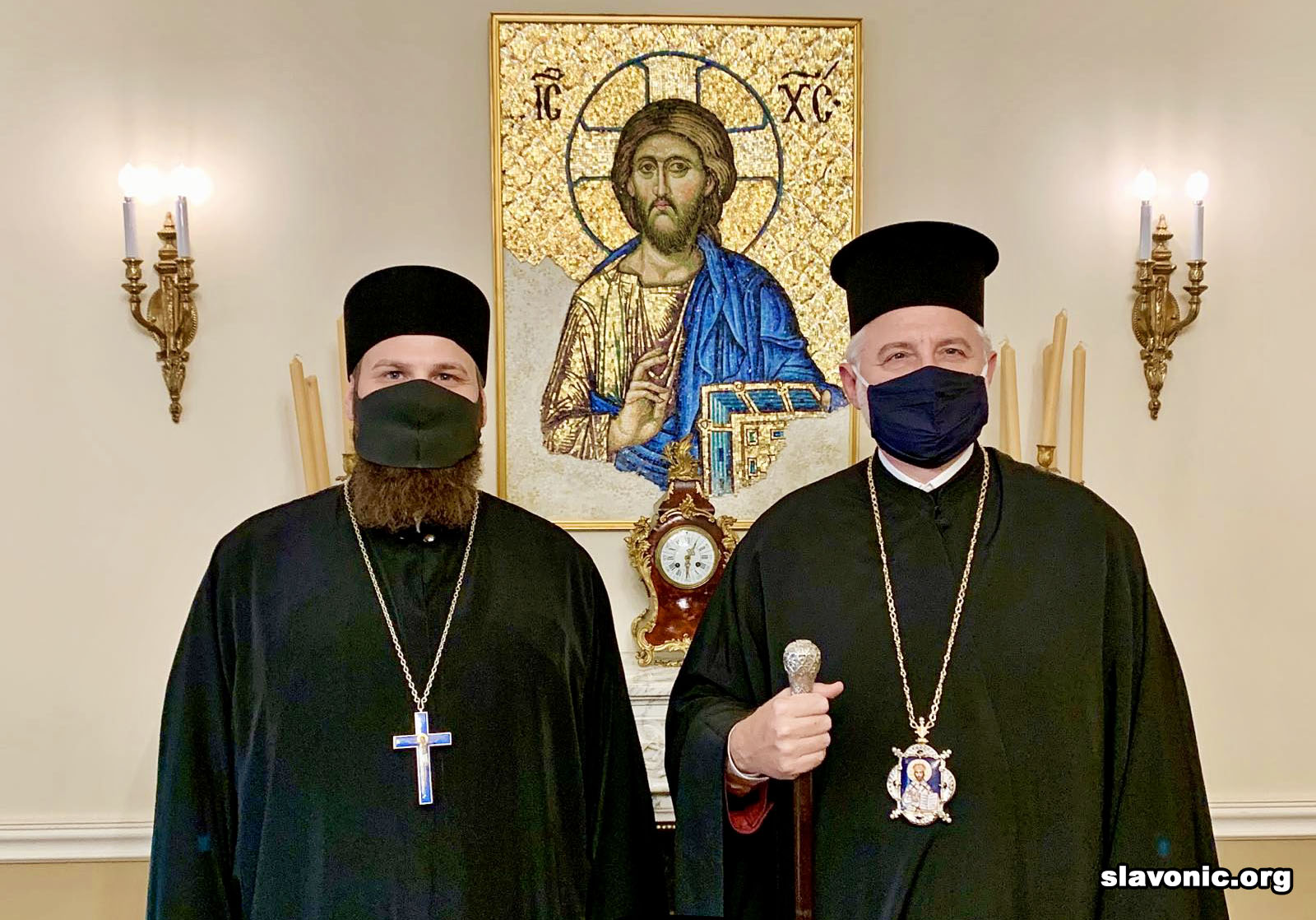 On October 2, 2020 the Vicar of the Slavic Orthodox Vicariate, Archimandrite Alexander Belya, visited the headquarters of the Greek Orthodox Archdiocese of America in Manhattan where he met with His Eminence Archbishop Elpidophoros.

Archimandrite Alexander informed him about the progress of the Vicariate and its current status. The topics of further development, reorganization, appointments of new clergy, and other organizational issues were also discussed.

At the end of the meeting, Archbishop Elpidophoros thanked Father Alexander for his work and wished him God’s help in continuing his efforts to further expand the Slavic Orthodox Vicariate of America.