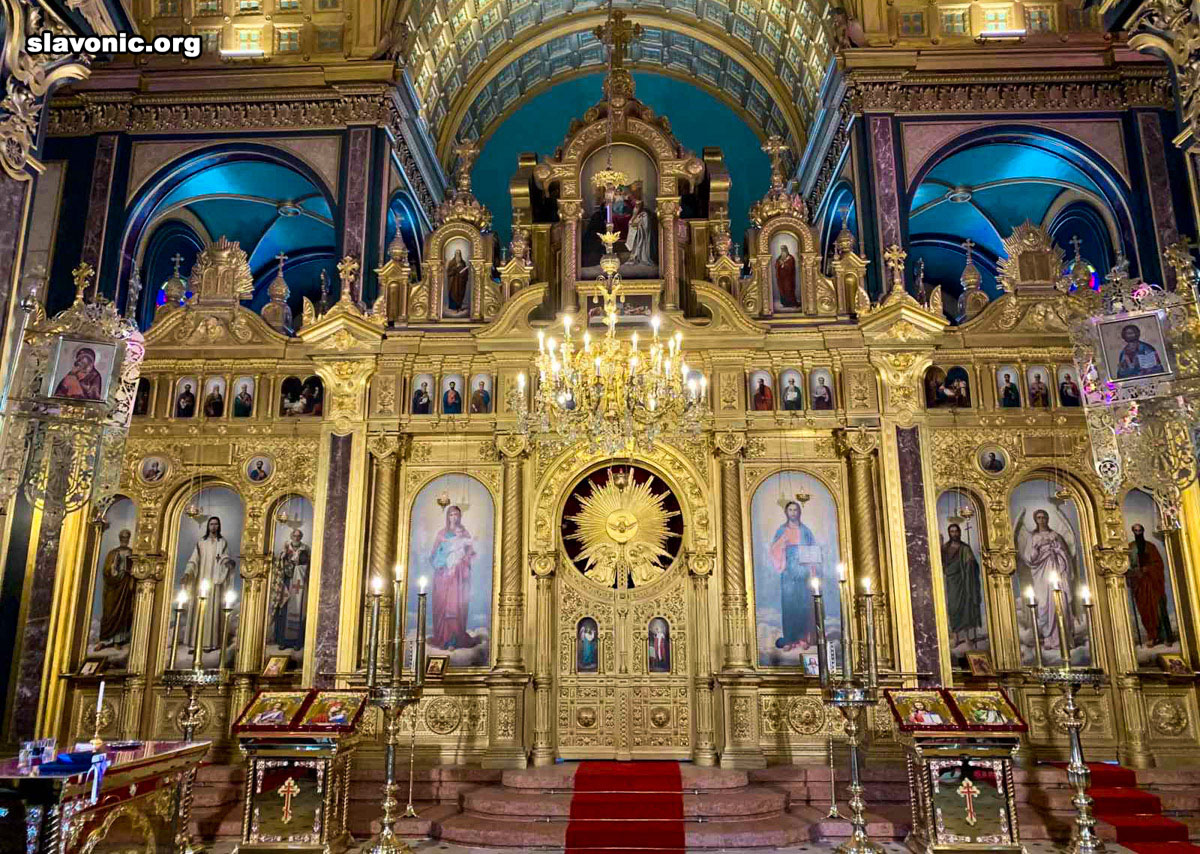 Slavic Vicariate pilgrims prayed in the Holy Places of Constantinople

As the trip was also a pilgrimage to Constantinople, Archimandrite Alexander and Warden Ivan visited the cathedrals and holy sites of the Ecumenical Church.  They prayed at many of the city’s numerous churches.

On February 10, the feast day of St. Haralambius of Magnesia according to the New Julian Calendar, the pilgrims prayed in the Bulgarian Church of the First Martyr and Archdeacon Stephen on the banks of the Golden Horn.  It was also the name day of the Rector of the church, Archimandrite Haralampy Nichev.  At the end of the liturgy, he was congratulated by Father Alexander, the Consul of the Embassy of Bulgaria in Istanbul, Ms. Radoslava Kafedzhiyska, the Chairman of the Church Council of Bulgarian Parishes in Istanbul, Mr. Vasily Lyaze, and the parishioners.  The Church of St. Stephen, which is also called “Cast-Iron”, is one of the few remaining buildings in the world completely built from this material.  Its iconostasis (icon screen) is the work of Russian masters, unique in its beauty and complexity, the likes of which are few in the world.  The church is famous as the place where the autocephaly of the Bulgarian Orthodox Church was proclaimed in 1872.

On February 11 (January 29 O.S.), the eve of the feast day of the Three Hierarchs (SS. Basil the Great, Gregory the Theologian and John Chrysostom), the pilgrims venerated their relics.  They also visited the Church of the Holy Trinity in Taksim, the largest functioning Orthodox church in Constantinople.