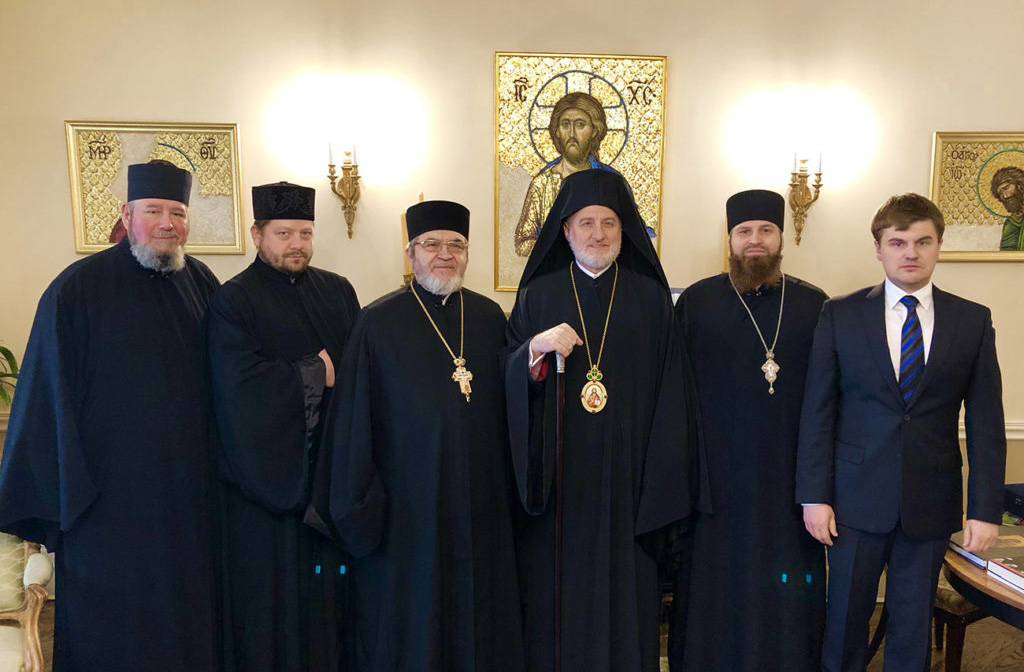 On March 9, 2020, Archbishop Elpidophoros announced the creation of a new Slavic Orthodox Vicariate in the Greek Orthodox Archdiocese of America.

The Vicariate will unite various Orthodox parishes of the Slavic tradition in the United States. Archbishop Elpidophoros has appointed Archimandrite Alexander Belya as Vicar.  He is a missionary and abbot with a Ph.D. in Theology who has been serving in the state of Florida since 2011. The Saint Matrona of Moscow Cathedral in Miami, the largest church on the Southeast coast, was established through Father Alexander’s efforts. He also revived the oldest Orthodox religious community, the St. Nicholas the Wonderworker Stavropegial Monastery in Fort Myers, which was on the verge of closure.

The creation of such administrative structures is nothing new for the Church of Constantinople and for Orthodoxy in America. For example, the Ukrainian Orthodox Church of the USA, the Carpathian and Albanian dioceses, and the Jordanian-Palestinian Vicariate were previously established under the Ecumenical Patriarchate.

The establishment of the Slavic Orthodox Vicariate was appropriately announced on the first Sunday of Great Lent, Triumph of Orthodoxy, which was also the commemoration of the First Finding of the Precious Head of St. John Baptist and of the feast day of Blessed Matrona of Moscow, which are highly honored in Vicariate.

Archbishop Elpidophoros, whose name in Greek means “bringer of hope”, brought both hope and confidence to these parishes whose ecclesiastical traditions originated in Slavic countries. It is believed that this union will bring mutual benefits to all concerned and contribute to the growth of Orthodox Christianity in America.  We bless his Eminence Archbishop Elpidophoros for his care and endeavors.