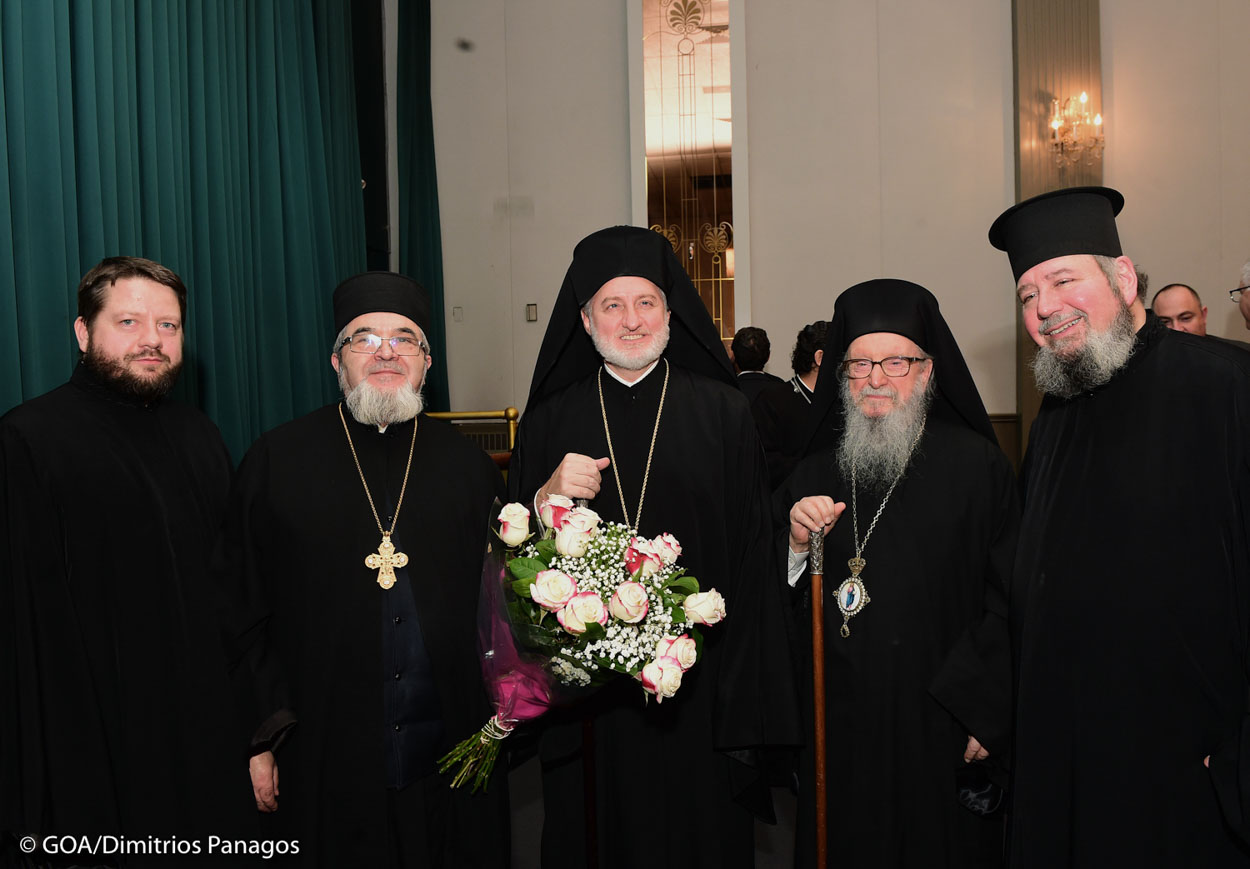 On November 2, the Church commemorated the following saints of the 4th century: the martyrs Elpidophoros, Akindinus, Pigasius, Anempodistus and Affonius of Persia. It is also the name day of the Primate of the Greek Archdiocese, Archbishop Elpidophoros of America, who led the Divine Liturgy at Holy Trinity Cathedral in New York dedicated to his heavenly patron.

At the end of the service, Archpriest Alexander congratulated Archbishop Elpidophoros on his name day on behalf of the clergy and laity of the Slavic Orthodox Vicariate and wished him God’s help in his archpastorship of the Church in America.