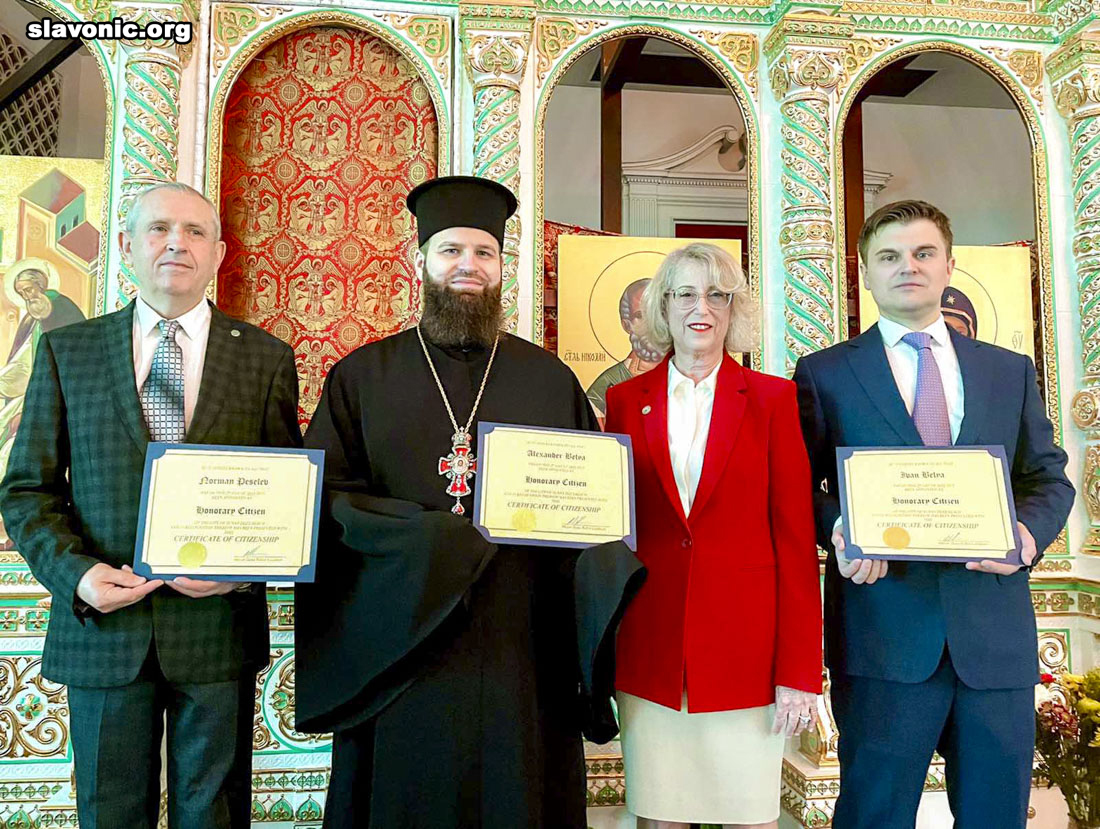 May 2 is the feast day of St. Matrona of Moscow, the patron of the Miami Cathedral. This year Mayor Dana Goldman of the city of Sunny Isles Beach attended the celebration. Sunny Isles Beach, also known as the “City of Sun and Sea”, is a northern suburb of Miami and one of Florida’s fastest growing places.

The Rector of St. Matrona, Archimandrite Alexander, welcomed the mayor and recounted the history of the Miami Cathedral and its relics, to which the faithful come from all over Florida.   Many parishioners of St. Matrona live in Sunny Isles Beach.   This year’s Pascha celebration saw the completion of the installation of its unique porcelain and faience iconostasis.  It was done using a complex and laborious technology.  This type of iconostasis is  very rare in church art and is the first in America.  Mayor Goldman noted the extraordinary beauty of it and  predicted that it would help to make  the cathedral a landmark in Miami as well as all the United States.  She thanked the Rector and Warden Ivan Belya for their contribution to the cultural legacy of Florida.  St. Matrona is considered to be a valuable  addition to the state’s artistic and architectural heritage.  The cathedral, which is a place of prayer for Orthodox  Christian believers, was visited by many thousands of the faithful this Pascha.

Following the service, a special event was held.  For the first time in its history,  certificates of “Honorary Citizen of Sunny Isles Beach” were awarded to three people, two of whom were Archimandrite Alexander, Rector of the Cathedral of St. Matrona, and Ivan Belya, its warden and PR director.  Norman Peselev, the President of Winston Houses Towers Association in Sunny Isles Beach, also had this honor bestowed on him.  It was meaningful that Mayor Dana Goldman noted the active social work for the benefit of the community by the recipients of the honorary citizenship and presented the certificates during Orthodox Easter and the Feast of St. Matrona of Moscow.   The awardees thanked the Mayor for this recognition of their work.