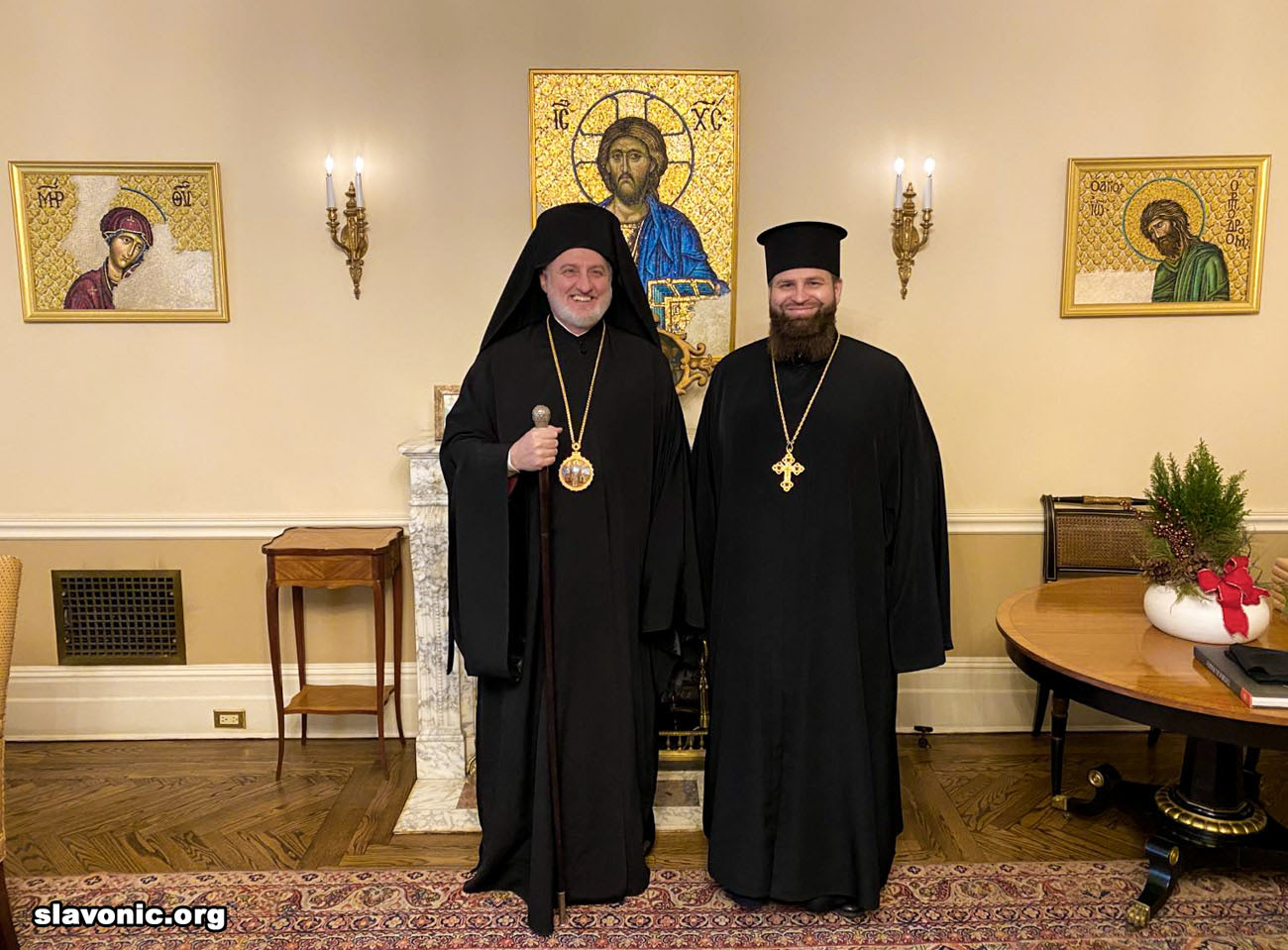 On January 31, 2022 Archimandrite Alexander, the Vicar of the Slavic Orthodox Vicariate of America, visited the Greek Orthodox Archdiocese of America in New York, where he met with Archbishop Elpidophoros.

On behalf of the clergy and laity of the Slavic Vicariate, the Vicar greeted His Eminence on the feasts of the Nativity of Christ, Theophany, and the New Year.  He wished him the Lord’s help in his labors for the good of the Orthodox Christian faith in America.

Archbishop Elpidophoros and Archimandrite Alexander then discussed the current state of affairs in the Slavic Orthodox Vicariate, in particular the development of new parishes and added clergy due to growth. The Vicar presented His Eminence with the 2022 edition of the Calendar of the Slavic Orthodox Vicariate.  The meeting was also attended by Archpriest Alexander Belya, Rector of St. John the Forerunner and the Baptist Cathedral in Brooklyn, Protopresbyter Andreas Vithouklas, Chancellor of the Archdiocese, and other Archdiocesan clergymen.  The Archbishop also introduced the new Assistant Chancellor of the Archdiocese, Protopresyter Panagiotis Papazafiropoulos, who will begin his new position on March 1.

At the conclusion of the meeting, His Eminence thanked the clergy of the Slavic Orthodox Vicariate of America for their work in the Lord’s field and their service to the Orthodox faithful of the nation.  He blessed their further work.