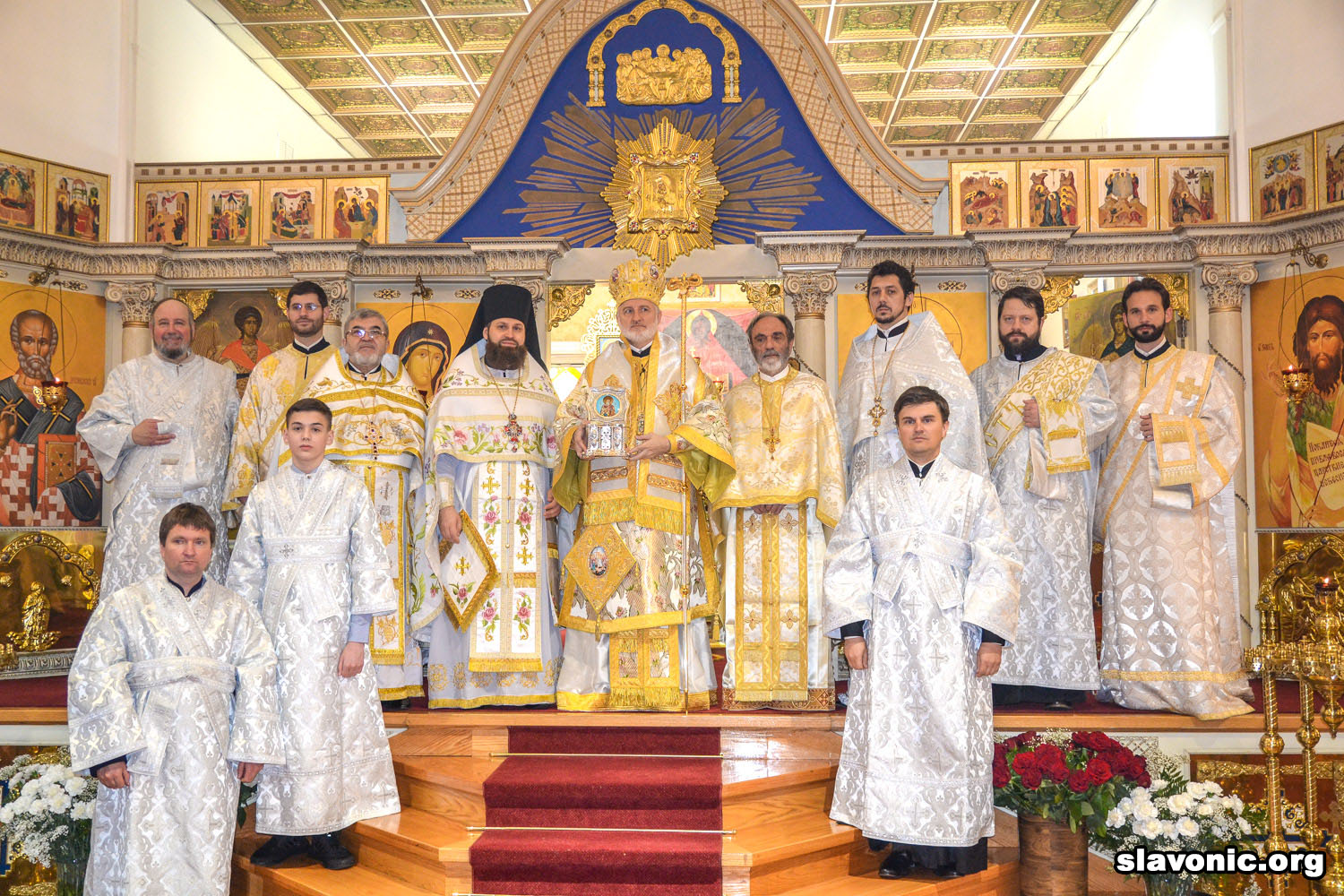 On May 24th the Orthodox Church celebrates the feast day of the Saints Cyril and Methodius, Apostles to the Slavs. They are the patrons of the Slavic Orthodox Vicariate, which was established by the Synod of the Ecumenical Patriarchate on March 9, 2020 to unite churches of the Slavic traditions in America.

The Cathedral of St. John the Forerunner & Baptist in Brooklyn was visited for the first time on that day by Archbishop Elpidophoros, Primate of the Greek Orthodox Archdiocese of America.

Upon welcoming His Eminence, the cathedral’s rector Archpriest Alexander Belya emphasized the significance of the day, which commemorates the two Greek missionaries who brought Orthodox Christianity to the Slavic peoples.

The usual large crowd of the faithful was absent however, as the Vicariate did not want to expose worshipers to deadly risk and followed the NYC ban on public gatherings as well as all the regulations regarding Covid-19. Many were able to follow the service via an online stream.

During the service Archbishop Elpidophoros gave awards to the cathedral deacons for their diligent service. Protodeacon Rostislav Zadorozhnyy was given the right to wear a kamelaukion, and Deacon George Hero the double orarion.

After the receiving of Holy Communion by the clergy, Archbishop Elpidophoros delivered a sermon.

“Your Eminence Archbishop Elpidophoros, please receive this icon with our gratitude for your prayers, for your trust, and your support and help towards us. Allow us to wish you spiritual joy in the Lord and the unwavering help of God in your noble service towards the prosperity of the Church. Peace, health, and longevity to you”, stated the Vicar. His Eminence then presented to the Vicariate a silver reliquary with the relics of Saint Spyridon and a Byzantine icon of the Transfiguration of Our Lord. Archimandrite Alexander thanked the Archbishop for the unexpected gifts stating, “This is a major source of spiritual joy for all, because these holy objects will be available to the faithful of the Slavic Vicariate for veneration.”

After the Divine Liturgy, Archbishop Elpidophoros prayed before the numerous reliquaries of the cathedral, including the St. Matrona of Moscow, St. Nicholas the Wonderworker, and the remains of 115 other Saints.

The service was followed by a luncheon in the church hall in which those attending shared good food and Christian fellowship.