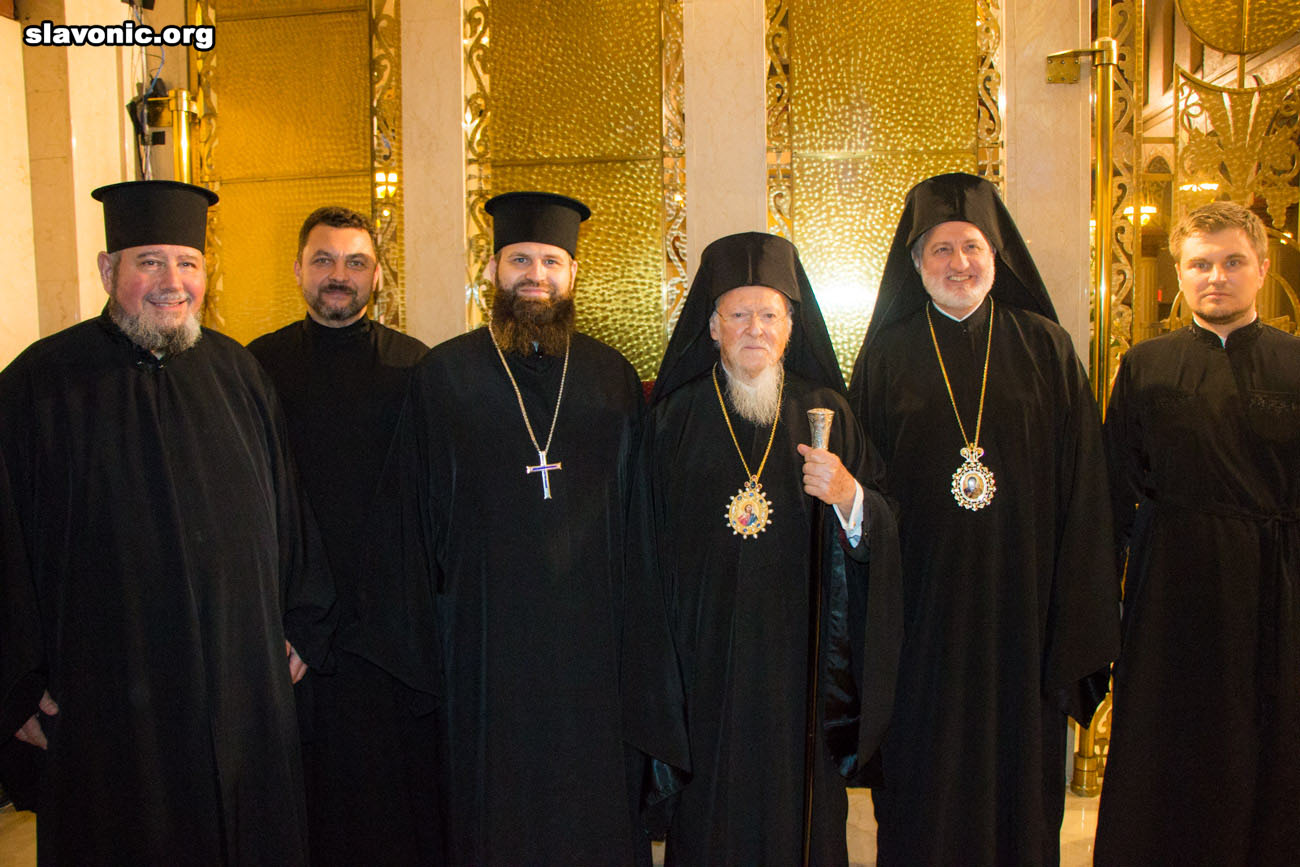 On October 22, 1991, Metropolitan Bartholomew of Chalcedon was elected the 270th Patriarch of Constantinople.

On that same date in 2021, the 30th anniversary of his election as Ecumenical Patriarch, His All-Holiness celebrated the Divine Liturgy at the Cathedral of St. George in Constantinople (Istanbul).  The following day Patriarch Bartholomew departed on his Apostolic Visit to the United States, which the Orthodox faithful in America had been looking forward to for many years.  This trip to the US, his first in twelve years, included the celebration of the thirtieth anniversary of his enthronement to the See of the First-Called Apostle Saint Andrew on November 2nd.

On October 23 His All-Holiness arrived in Washington, DC where he was greeted by the highest level of diplomatic and ecclesiastical dignitaries.  “With unsurpassed joy we welcome to the United States of America our spiritual father, His All Holiness Bartholomew, Archbishop of Constantinople-New Rome and Ecumenical Patriarch,” stated His Eminence Archbishop Elpidophoros, the spiritual leader of the Greek Orthodox Archdiocese of America, in his welcoming address.

Over the next few days, His All-Holiness held a number of meetings with American government officials, which included President Joe Biden and the Secretary of State Anthony Blinken.  He visited Congress, the Archdiocese of the Antiochian Orthodox Church, the Bible Museum, and numerous other prominent places.   The Ecumenical Patriarch held services at the Church of All Saints in Weirton, West Virginia, and St. Andrew Orthodox Church, in South Bend, Indianapolis.

On October 30, at the Marriott Marquis Hotel in New York, Patriarch Bartholomew met with the hierarchs and clergy of the Greek Orthodox Archdiocese of America as well as archons, professors and students of the Hellenic College/ Holy Cross Seminary at a special Luncheon.  Vicar Archimandrite Alexander and other clerics of the Slavic Orthodox Vicariate of America attended the event with his All-Holiness and His Eminence.

On October 31, the Ecumenical Patriarch led the Divine Liturgy at the Archdiocesan Cathedral of the Holy Trinity in Manhattan with the bishops of the Synod of the Archdiocese.  Archimandrite Alexander, Protodeacons George Hero and Vladimir Oleinik, and Director of Vicariate Public Relations Ivan Belya, attended the beautiful service celebrated in the high Byzantine style.  After the Liturgy, Archimandrite Alexander congratulated His All-Holiness on the 30th anniversary of his Patriarchal enthronement on behalf of the clergy and laity of the Slavic Orthodox Vicariate of America.  The Vicar presented him with a gift of two silver panagias and a silver cross.

On November 2, the anniversary of the Ecumenical Patriarch’s enthronement and the name day of Archbishop Elpidophoros, His All Holiness led the consecration of St. Nicholas Greek Orthodox Church and National Shrine at the World Trade Center in Manhattan, built on the site of the church destroyed in the 2001 terrorist attack.  On November 3, after a meeting with the Synod of Bishops of the Greek Orthodox Archdiocese of America, Patriarch Bartholomew departed for Constantinople.