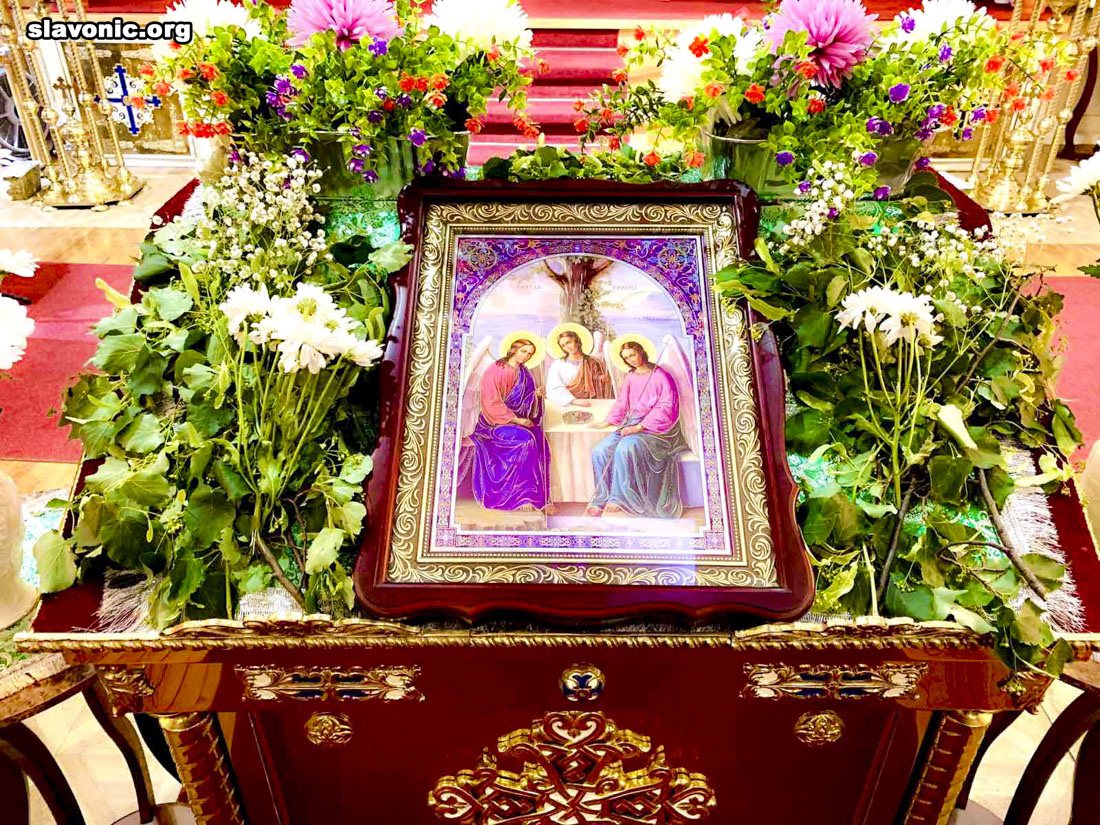 On June 12, the feast day of the Holy Trinity and second day of Holy Pentecost, the Divine Liturgy was served at St. John the Baptist and Forerunner Cathedral in Brooklyn, NY.  It was led by its Rector, Archpriest Alexander Belya, assisted by Protodeacons Peter Utkin and George Hero.

Among the clergy who served was Archpriest Eduard Chervinskiy, formerly a cleric of the ROCOR Synodal Cathedral of Our Lady of the Sign in Manhattan for many years.  On the eve of the feast of the Holy Pentecost he transferred to the Slavic Orthodox Vicariate of America.

According to Orthodox Church liturgical practice, on Pentecost Sunday Vespers are served at the end of the Liturgy.   During this service the clergy and congregation kneel while prayers written by St. Basil the Great in the 4th century are read.  At the end of the service, Archpriest Alexander greeted the clergy and parishioners on the day of the Holy Trinity and Pentecost.

The day before Pentecost Sunday is the Saturday of Souls,which commemorates all departed Orthodox Christians.  On that day following Divine Liturgy a panihida for the dead, was served at St. John the Forerunner Cathedral in Brooklyn.  A new memorial table was consecrated.  Its construction was developed by the Warden of the Cathedral Ivan Belya, and is in the form of a three-dimensional metal structure, 2 meters wide and 4.2 meters high. The area where the candles are placed is covered with a large canopy crowned with a cross on top of a golden dome.