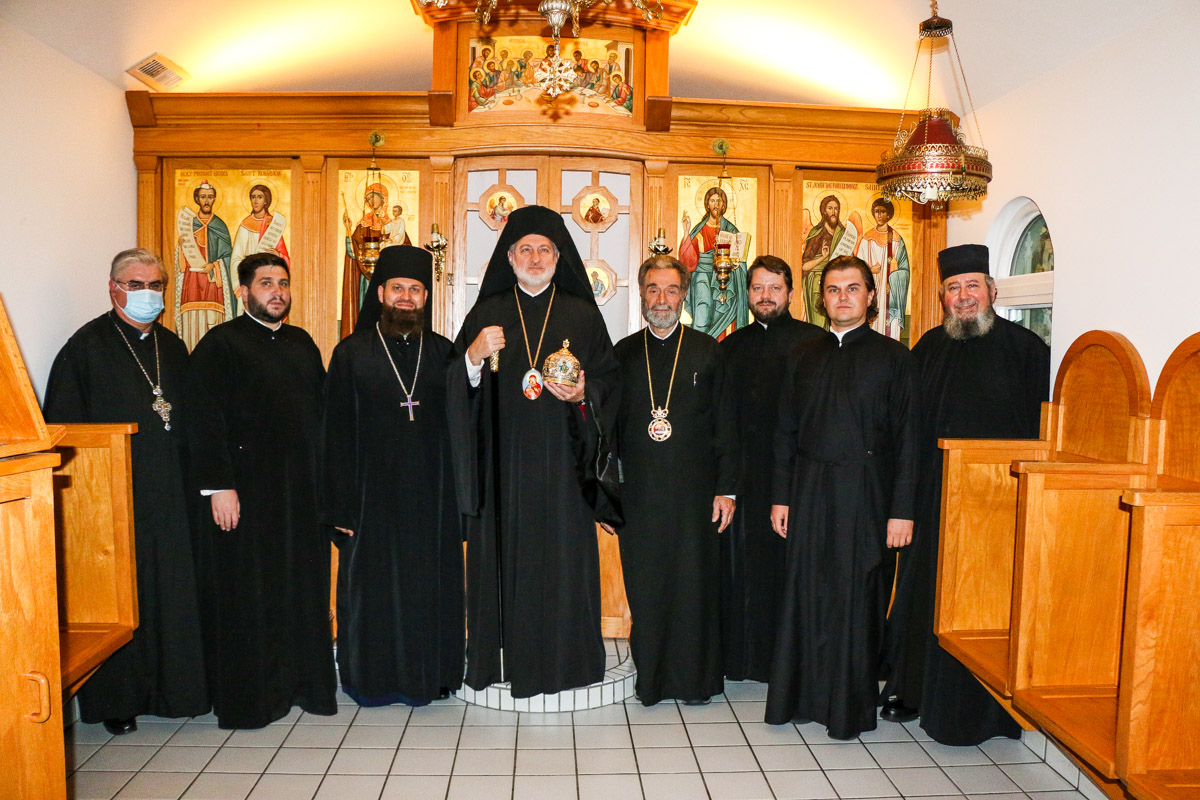 On November 22, during his archpastoral visit to Florida, Archbishop Elpidophoros, the Primate of the Greek Orthodox Archdiocese of America, visited the Monastery of St. Nicholas the Wonderworker in Fort Myers.

It is the oldest Orthodox and only Russian monastery in Florida. Founded in 1978 by Archimandrite John Lewis; (+2007), St. Nicholas became a major center for missionary and social work and has remained so for three decades. The monastery is known for having the largest collection of Christian relics in America.  These include a piece of the Holy Cross and relics of its patron St. Nicholas the Wonderworker as well as those of more than 600 saints from the 1st to the 20th centuries.

His Eminence was met at the monastery by its Hegumen (Abbot) Archimandrite Alexander Belya, together with Bishop Sebastian of Zelon, Vicar of the Greek Archdiocese Metropolia of Atlanta, and Protopresbyter Dean Nastos, Rector of Annunciation Greek Orthodox Church in Fort Myers. The Archbishop prayed before numerous relics in the main church of the monastery and at the tomb containing the uncorrupted body of Elder John Lewis.  His Eminence then toured the grounds of the monastery, its buildings, and the extensive library dedicated to the memory of its founder.  In commemoration of his visit, Archbishop Elpidophoros presented the monastery with a reliquary of the Great Martyr St. Demetrius of Thessaloniki and an icon of the Holy Trinity.