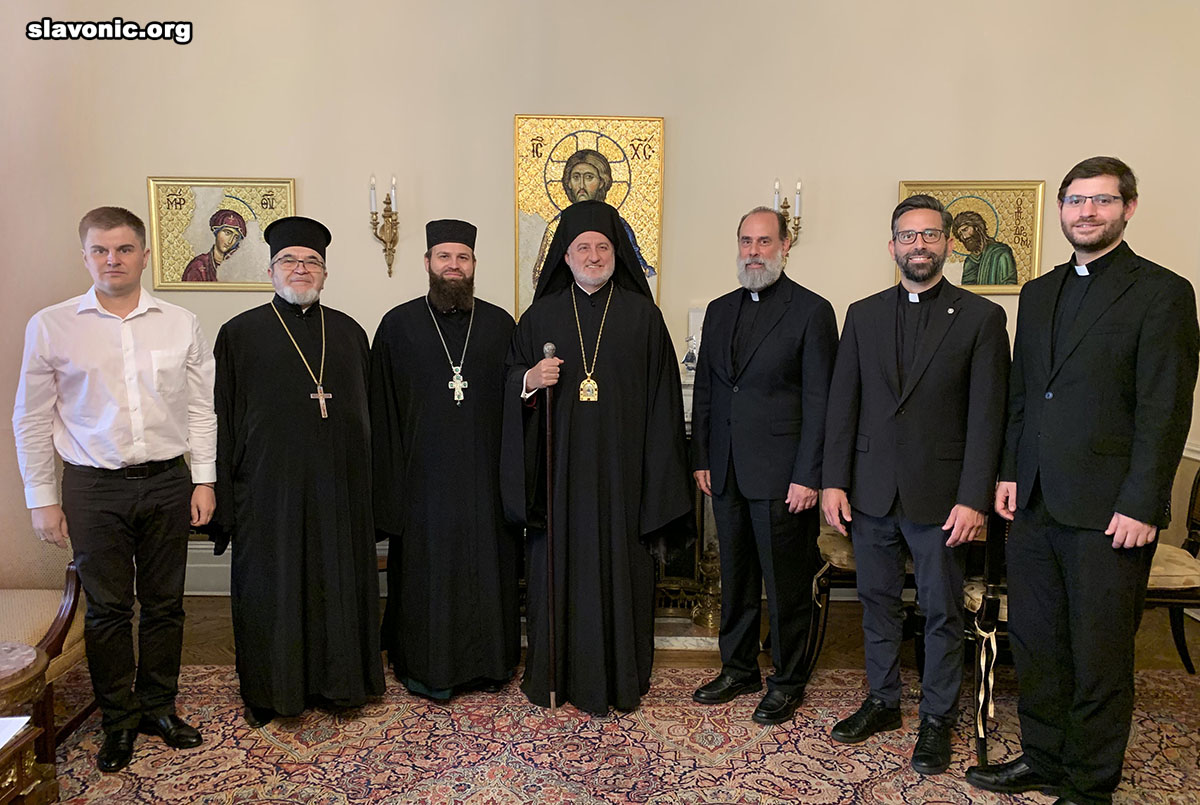 On June 14, Archimandrite Alexander, the Vicar of the Slavic Orthodox Vicariate of America, met with   Archbishop Elpidophoros at the Greek Orthodox Archdiocese of America in Manhattan.

On behalf of the clergy and laity of the Vicariate, Archimandrite Alexander greeted His Eminence on the feast of the Holy Pentecost, wishing him God’s help in his continuous work expanding Orthodoxy in America.  The meeting was also attended by Archimandrite Nektarios Papazafiropoulos, Chancellor of the Archdiocese, and other Archdiocesan and Vicariate representatives.

Archimandrite Alexander updated the Archbishop about the current state of affairs in the Slavic Orthodox Vicariate, in particular the new clergy who have or are planning to transfer to the Vicariate.   He also reported on the work done since the last meeting, which took place on February 2, 2022.

His Eminence thanked the clergy of the Vicariate for their work and service for the good of all the Orthodox Christian people.