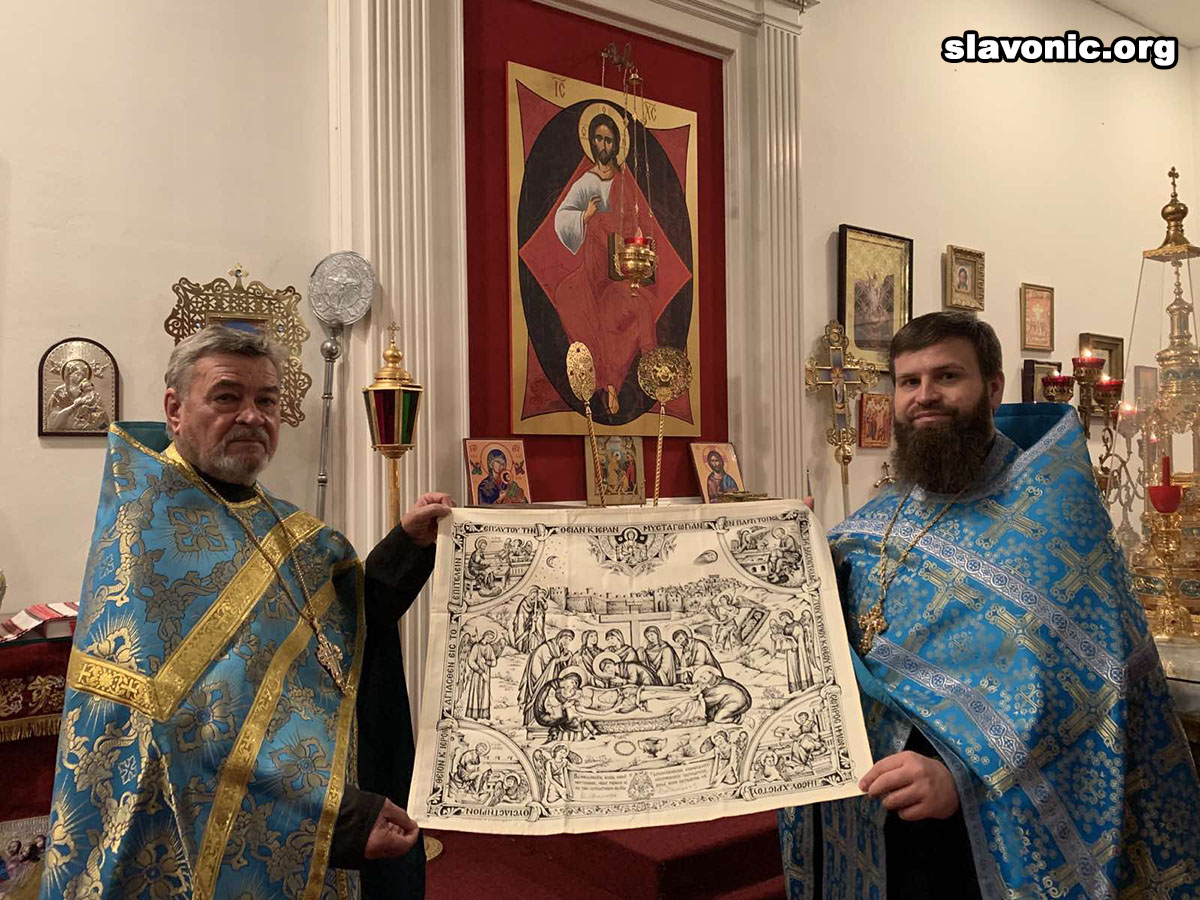 Archbishop Elpidophoros of the Greek Archdiocese ofAmerica recently signed a decree accepting Archpriest Andrei Pastukh, a former clergyman of the Russian Orthodox Church Outside of Russia, into the Slavic Orthodox Vicariate of America.

The Archpriest is a seventh generation priest and an experienced clergyman who  served in Florida for many years at the parish of the Apostle  Andrew the First-Called in Daytona Beach.

On February 25, Archpriest Andrei and his Matushka Irina visited the Cathedral of St. Matrona of Moscow in Miami, the headquarters of the Slavic Orthodox Vicariate of America.  He  joined Archimandrite Alexander,  the Vicar and Rector, in the service of the Akathist to the Iberian Icon of the Most Holy Theotokos.  After the service, Archimandrite Alexander presented Archpriest Fr. Andrei an antimension for his new parish of  St. Xenia of St. Petersburg in Raleigh, North Carolina.  The Vicar wished the new community prosperity.  Archpriest Andrei expressed his hopes to attract parishoners from various Slavic nations to the church by preaching the word of God and with his personal example of the pastoral service.  He also thanked the Vicar for his help and expressed his joy that he is now in the Slavic Orthodox Vicariate under the omophorion of Archbishop Elpidophoros of America.